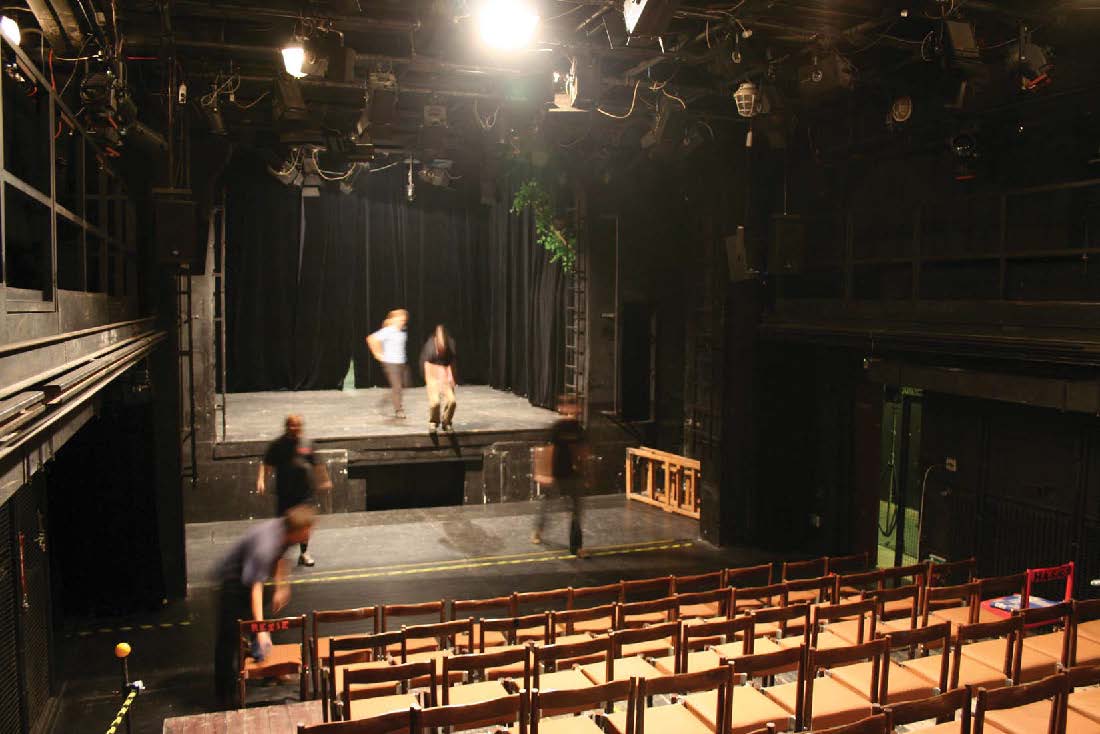 The Janáček Academy took over the theatre hall at 5 Bayer Street in 1952. The hall was rebuilt by the students and teachers and became the Marta Theatre. Another large reconstruction took place in 1990–1991 when the traditional proscenium was turned into a modern theatre hall with a variable performance space, where the stage sets and the audience can be arranged according to the needs of the production. Rehearsal rooms and modern technological facilities were added later on. Nowadays, students in the fields of drama, physical theatre and drama education for the deaf present their graduation productions here. The hall is equipped with flexible lighting, and sound and stage technologies of the highest quality, with an average capacity of 100 seats, where students put on up to ten new productions every year. The Studio of Set and Costume Design is located next to the theatre and there are also workshops for making costumes and decorations. They are also involved in an ongoing series of street theatre projects.

You can find more information about the Marta Theatre on its official website.